Do you grind your teeth at night?

Teeth grinding, or bruxism, is common and can damage teeth as well as cause symptoms such as headache and teeth or jaw pain. Dr Harry Ball (Dentist) of SleepWise and Dr David Cunnington (Sleep Physician) discuss bruxism and treatment options. 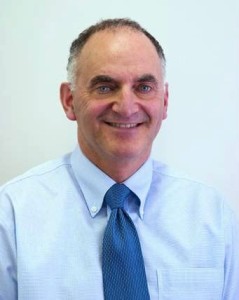 Dr Harry Ball, the founder of SleepWise Clinic, left his general dental practice in 1998 to follow his special interest in pain management at the Temporomandibular Disorders Pain Clinic at the Royal Melbourne Dental Hospital. It was there he started treating patients with oral appliances for sleep apnea who were referred to the clinic. Dr Ball developed a growing interest in the field of dental sleep medicine which led to the establishment of SleepWise Clinic in 2004. Now located in the CBD and with a co-located dental laboratory, the team at SleepWise are recognised as leaders in the use of dental appliances to treat snoring, sleep apnea and bruxism.

Dr. David Cunnington: Lots of people I see with sleep problems also have teeth grinding or bruxism. Is there any link between those things?

Dr. Harry Ball: It’s an area that’s looked at a lot in dentistry because there are people that do think that bruxism or clenching and grinding is linked to sleep apnea because you do find a lot of people with sleep apnea clench and grind their teeth much more so than you would expect in the public. The same people who clench and grind, a lot of them have got sleep apnea as well.

So there is a lot of speculation about there being a link but at this point in time, even though they coexist, you can’t say one really causes the others.

Dr. Harry Ball: Yeah. You just singly – stress is being looked at a lot and anxiety, depression, and people who have a history of clenching and grinding are no more anxious or depressed. However, times when they’re going through difficulties in their life and they’re more stressed, definitely their clenching and grinding is worse and that’s often where people start to have problems with bruxism.

Dr. David Cunnington: Yeah. So what problems could bruxism cause?

Dr. Harry Ball: There are three main problems that are caused by bruxism. First of all, the clenching and grinding just overuses the muscles of the jaw. So you’ve got muscles. It’s called the masseter muscle, temporalis muscle. They’re the main clenching muscles and they’re designed to be resting most of the time.

So if you’re doing a lot of clenching and grinding during the day or while you’re sleeping, you’re going to get pain in those muscles, typically headaches, tension type headaches, jaw pain and a real tell-tale sign is waking up in the morning with pain. Morning should be a really good time when you’re feeling refreshed. If people have got pain, you have to wonder about bruxism.

Dr. David Cunnington: What about the teeth themselves? Is it going to cause problems …

Dr. Harry Ball: Yeah. So that’s the second thing is the teeth. So some people just clench and there are not too many problems with tooth wear but a lot of people actually grind their teeth, so their jaws move side to side, particularly when they’re sleeping. While you’re sleeping, there are out there is what’s called protective reflexes so people can do a lot of damage to their teeth. They can really wear through teeth, put cracks in them and break teeth as well, break dental restorations. So that’s a big problem is destruction of teeth and the third problem is jaw joint problems.

Dr. David Cunnington: Yeah. So what can people do if they’re having trouble with clenching and grinding?

Dr. Harry Ball: Yeah. So because the clenching and grinding is what we call centrally-mediated, it comes from the brain. So it’s very difficult to try and prevent it. So there are dentists that are using Botox for clenching and grinding. But in my hands, I just don’t think it’s necessary because I think you can overcome the problems.

So people have spent a lot of money on their teeth and restorations and porcelain implants. It’s really excellent for protecting them and they can be really comfortable. You can see one like so which is very thin. This is computer-made and I’ve been wearing one for a long time. I’m going to show you what that looks like. It slips in over the teeth like so. You can open and close and talk and it’s really quite easy to use.

It’s a great insurance policy for protecting the teeth. I mean I don’t use this now because I use a different device which does the same thing, but it holds the jaw forward and gets rid of my snoring as well, which is more of a problem for my wife.

So that’s one thing you can do and it can be very valuable and they’re really comfortable. People adapt to them in no time and do wear them quite easily for the sort of medium term. Another thing that I talk about is resting the jaw during the day. So there are two sorts of bruxism. There’s night time while we’re sleeping. There’s not much we can do about that. But there’s also day time clenching.

A lot of people don’t realise that teeth are not supposed to touch at all during the day. If you’re not chewing food, the teeth are meant to be – the jaws are meant to be in what’s called a rest position. Just like you and I now, there’s just a gap between your teeth. You feel that? Your teeth aren’t touching at all but a lot of people don’t realise particularly when they’re concentrating or feeling under a bit of stress or time constraints, they’ve got their teeth together. It doesn’t mean they have to be heavy duty clenching or grinding but just having your teeth together for long periods of time means these muscles are working when they should be resting and these muscles are holding up the jaw. The lower jaw is quite heavy.

So if you watch your teeth together, these muscles are working and it’s putting pressure on the teeth as well. So one of the things that we do which I found extremely effective is what we call awareness therapy because people aren’t aware that they’re doing it. So if I suspect someone is doing it, they’ve got symptoms of bruxism, I will ask them if they think they’re doing it. Some people say yes, they do it all the time. It feels normal to have my teeth together and other people say, “Look, I don’t know.”

So I show them where the jaw is supposed to be. They will often come back in a week’s time and they said they can’t believe how much of the time their teeth are together when they’re not chewing food. So one of the things that I say is just to put your fingers just under your cheekbones, just where the main clenching muscle is, and just have a bit of a clench.

When you feel that muscle kind of switch on, that’s called the masseter muscle and so the aim is just to relax that muscle. So let that muscle just soften and loosen and as soon as you’re relaxed, the jaw just drops down. Now one way of doing that is if you say the letter M and just leave everything where it wants to be. That’s it. That’s the rest position. It’s important to get that rest position where there’s no tension at all in muscles at all because if you tell people to rest their jaw, they will often put something between their teeth and tissues or whatever. The aim is just to let all muscle tension go. Let the jaw just flop loose and that’s the rest position. So just saying the letter N or M can just let the – obviously you don’t want to go around during the day saying M. But after a while, you get the hang of where the jaw is just meant to relax and just – often people find they just keep on catching themselves doing it and they can get really frustrated by it.

But over time, maybe a month or so, all of a sudden, they’re starting to get good results and they’re starting to feel better. The muscles are more relaxed and there’s some evidence that the more you do during the day, there’s a carryover effect to night time as well.

Dr. David Cunnington: What about other strategies like hypnosis or meditation? Do they have it wrong?

Dr. Harry Ball: Yes. So there is some research on meditation relaxation and so that’s what we do with our patients as well. We give them a CD and that’s – actually, we’re kind of on an app now, which is just like a muscle relaxation and there’s some evidence that if people do that for say 10 minutes before sleep for about a month or so, it just translates into less clenching and grinding. So that’s something that people can do just before sleep and there’s also a track in this one that we give people during the day.

So just to practice that relaxation and when I tell people to say that letter N and just let everything relax, often I will say – and just do a mini relaxation. Just take a few breaths. Let the shoulders and neck muscles relax and often people develop quite a bit of insight that the times they’ve got their teeth together is when they’re really kind of frustrated. It might be a mother-in-law might be around or just – or it could be a boss or something. They start to recognise that this is having an effect on their body, not just their muscle but maybe their tummy and maybe their pulse rate as well. So it just starts that whole recognition of what stress can do to the body.