Snoring and feeling tired but don’t have apneas? You may have upper airway resistance syndrome.

Although often people associated sleep apnea with episodes of stopping breathing during sleep, there is a subtype of sleep apnea, upper airway resistance syndrome (UARS), where there is just airway narrowing during sleep rather than the airway getting blocked. People with UARS typically have a history of snoring, which isn’t necessarily loud, together with feeling tired during the day. However, when they have sleep studies there are not episodes of sleep apnea. I still see this situation commonly today, as limited home sleep studies, whilst very good at diagnosing severe obstructive sleep apnea, often miss very subtle changes in breathing and sleep, which is what is seen in upper airway resistance syndrome.

So, if you snore and are tired, but have been told you don’t have sleep apnea, ask your doctor about upper airway resistance syndrome. 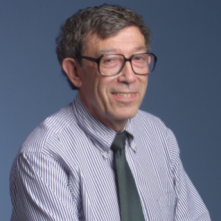 In the 1980s and early 1990s, Professor Christian Guilleminault from Stanford University had seen a number of people with symptoms of snoring and feeling tired, but no sleep apnea on their sleep studies and began looking at how to better measure breathing during sleep.  He suspected that mild airway narrowing was causing resistance and making it harder to breathe during sleep. He thought the increased effort needed to breathe would be sensed by the brain and cause a subtle disturbance of sleep. Although these people didn’t have apneas seen on their sleep studies, there were a lot of subtle sleep disturbances that couldn’t be accounted for.

To look at effort needed to breathe during sleep, Prof Guilleminault monitored a number of people using pressure sensing tubes (oesophageal balloon) in passed through the nose, down in to their oesophagus during sleep. He showed that his theory was correct. People were needed to breathe harder and harder with each breath to get enough air in and this effort then caused subtle disturbance of sleep, called an arousal. He published a number of papers describing this with one of the main papers being in the journal Chest in 1993.

Throughout the 1990s diagnosing upper airway resistance syndrome usually required using an oesophageal balloon. Having had to sleep with one myself and also inserting many in to people being tested for upper airways resistance syndrome, they are not very comfortable. In the late 1990s a new way of measuring airflow began to be described. It used nasal pressure, a small pressure sensing tube in each nostril, and gave similar information to using an oesophageal ballon. This was first described in 1998, and by the early 2000s nasal pressure was coming in to routine use as part of sleep studies around the world.

How is upper airway resistance syndrome diagnosed on a sleep study?

Whilst nasal pressure monitoring is routinely done in sleep studies today, not all laboratories or groups look for upper airway resistance syndrome (UARS). To diagnose UARS, subtle breathing changes that cause sleep disturbance need to be scored. These are called respiratory event related arousals (RERAs), and to score them both a nasal pressure signal and a good quality EEG (brain wave) signal are needed. This usually requires a test to be done in a laboratory rather than at home. Also, not all laboratories score RERAs as it is time consuming to do. So if you think you may have UARS, check with your sleep physician as to whether their laboratory can detect and measure RERAs.

The first example, below, shows a 2 minute portion of a sleep study with episodes of apnea as part of obstructive sleep apnea. The pink trace, 3rd from the bottom is the nasal pressure signal which shows a couple of breaths (trace going up for breathing in and down for breathing out), then a flat line, with no air going in or out. That is despite the chest (blue trace) and abdomen (green trace) going up and down showing the person is trying to breathe. There is a gradual increase in snoring noise (brown trace) until the brain (3 black traces at the top) reacts (an arousal) and the airway opens allowing a couple of bigger breaths. 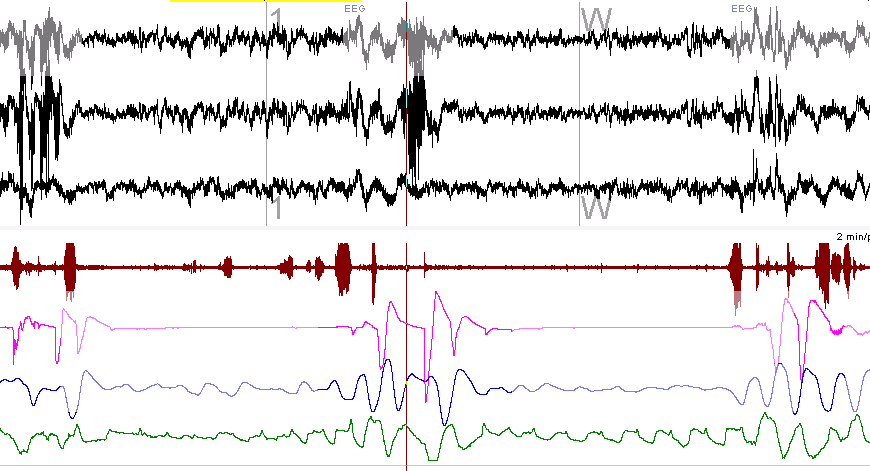 The second example, below, shows a respiratory event related arousal (RERA). It is also a 2 minute recording. In the nasal pressure signal (pink trace), after about 5 breaths the breathing in part (upwards deflection) becomes flatter, but the breathing out part (downward defection) remains close to normal. That means that a normal amount of air is getting in and out each breath, but on breathing in there is increased resistance that limits the speed of airflow and makes it harder to breathe in. That goes on for 8-10 breaths, then there is a disturbance of sleep (arousal seen in the 3 black traces at top) and a bigger breath. 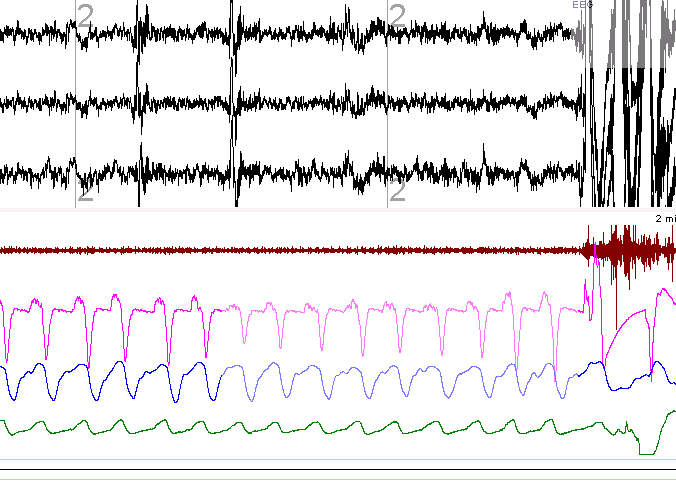 Upper airway resistance syndrome is diagnosed when there are very few or no apneas (top example), but frequent respiratory event related arousals (bottom example) throughout a sleep study, and a patient has symptoms of feeling more tired during the day than they would expect.

Treatment of upper airway resistance syndrome (UARS) is very similar to treating other forms of sleep apnea. However, as the main reason to treat UARS is symptoms of tiredness rather than health risk, in choosing treatment options it is important to ensure that wearing or using the treatment results in an improvement in symptoms rather than causing someone to feel worse because treatment is uncomfortable.