Caring for someone with dementia? Do they have sleep problems? What can be done to improve sleep in dementia?

Caring for someone at home who has dementia can be difficult.  However, if they are having trouble with sleep, getting up or wandering at night this can be a deal breaker.  Sleep problems can be one of the most difficult issues to deal with when caring for people with dementia.

Sleep problems are part of dementia 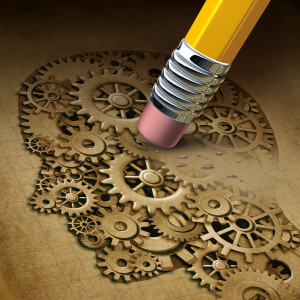 Sleep is not just something that mystically occurs with the brain switching off once we go to sleep.  For sleep to occur and people to stay asleep a number of centres in the brain need to work well and communicate between each other.  This means that lots of areas of the brain need to be operating effectively and in dementia, when parts of the brain do not function as well as they used to this process can break down. When this happens, rather than sleep being something that occurs in a continuous block and is hard to be woken from, it can occur in very short periods and people can wake easily from sleep.  In the same way, when they are awake, they can readily fall asleep.  As such, people with dementia are often awake and asleep interchangeably across the day and night, not having consolidated periods of sleep across the night.

As well as being awake or asleep at any time being somewhat unpredictable in dementia, other features of sleep are also not well regulated.  Things such as muscle activity during sleep. Normally, muscles should be relaxed, or paralysed during sleep, but this process is often impaired in dementia.  As such, people with dementia can get movements during sleep.  These can take the form of leg twitches such as periodic limb movements or jerking movements such as hypnic jerks or myoclonic jerks.  People with dementia can also have movement during dreams which looks like acting out dreams.  This is called REM behaviour disorder, and can be very distressing for a bed partner who can find themselves being attacked during sleep.

Sleep problems can be an early sign of dementia

As sleeping well requires a healthy brain, disturbed sleep or sleep disorders can be an early sign that something is not right with the brain.  This doesn’t mean that all people with sleep problems are going to develop dementia or have dementia in its early stages. But, it does mean that if sleep problems develop later in life and other causes aren’t obvious or there are other early symptoms to suggest dementia, it should be discussed with your health professional and looked in to carefully.

People with dementia get other sleep problems too

People with dementia are more likely to get other sleep disorders as well as disturbed sleep and abnormal movements during sleep.  Things like sleep apnoea occur just as frequently as they do in people without dementia and in fact may occur more commonly.  They also have a greater impact, as if people are having trouble with memory, the disturbed sleep that comes with sleep apnoea can exacerbate this.

Given this, if people with dementia are having sleep problems it is important to discuss it with their health professional, as diagnosing and managing sleep disorders can minimise the impact of dementia on functioning, performance and at times the ability to stay in the home environment and avoid nursing home.

What can be done to improve sleep in dementia?

One of the characteristics of sleep in people with dementia is reduction of the internal body clock (circadian rhythm) regulation of sleep as well as a number of other functions.  In addition, as people get older and dementia sets in they are less likely to be outside and engaged in activities that give a clear signal of being a difference between day and night.  This can exacerbate the loss of the underlying sleep and wake rhythm. People with dementia are also often on medications that can interfere with sleep, are at higher risk of other sleep disorders, and may have other health conditions that impact on sleep.