Throughout history and in different cultures, there have been different cultural expectations about sleep and sleep patterns adopted and promoted. In Western societies, most people expect monophasic sleep, that is, sleeping in one block of 7-8 hours. They also expect sleep to occur in a specific place, at a specific time and in certain circumstances. However, in many countries, particularly in the developing world, sleep is seen as a more ‘fluid’. Opportunites for sleep are taken anytime, anywhere and in a range of circumstances.

Travelling in India this week has really highlighted these different approaches to sleep. For example, co-sleeping (sharing a bed with others) is very common in India, and the noise of snoring in the household is often embraced as a sig of prosperity and a calm, relaxed state. However, even within India there are contrasts. Those living a more traditional lifestyle have a more relaxed attitude towards sleep, feeling it can occur in a range of circumstances and times. Whereas those working professionally in the middle classes, can have similar rigid thoughts around sleep to those I hear expressed by people in my practice in Melbourne. 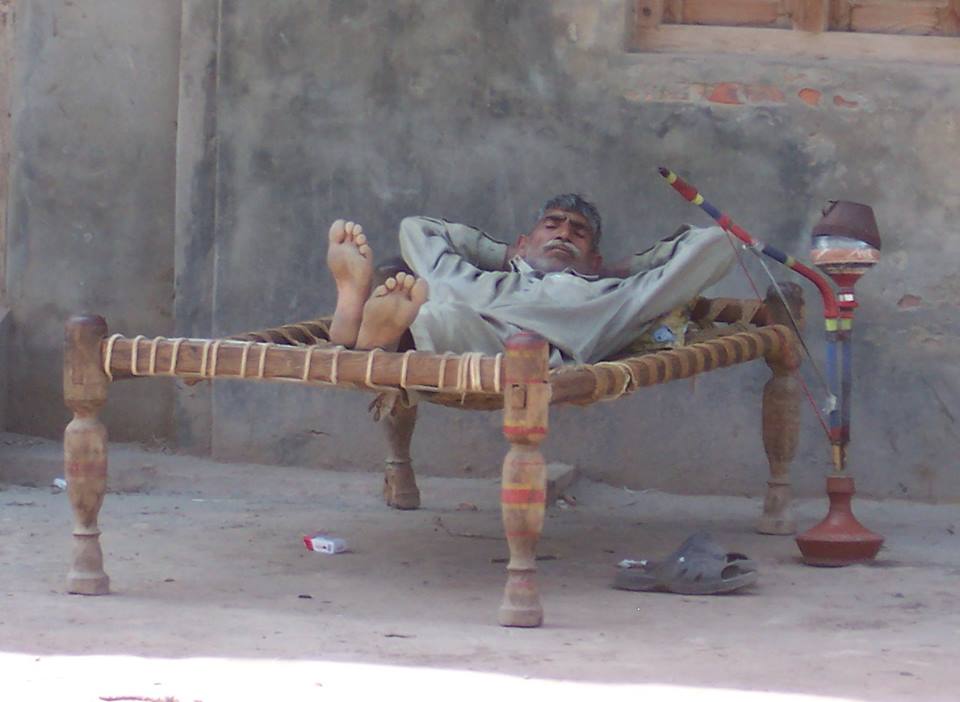 I have had the privilege of visiting a slum community and meeting with children and their families. They were amused to learn I was a ‘sleep doctor’ as they all felt they slept well. This is despite them sleeping on traditional beds or charpais (like in the stock photo below), and in the summer months sleeping on the floor, often with 3 generations sleeping together in a single room.

Mediterranean cultures embrace the siesta. A sleep of 5 hours or so at night and a siesta of 2-3 hours in the afternoon. This can be considered as biphasic sleep, with 2 major sleep periods every 24 hours. This pattern, which is still followed today in a number of Mediterranean countries, enables people to function well. This demonstrates that sleep patterns that differ from a single period of sleep can be effective and not have detrimental effects on health.

Sleeping in more that 2 periods per 24 hours, or polyphasic sleep, is also seen in some cultures and has been seen throughout history. Polyphasic sleep involves sleeping for an hour or so every 4-6 hours. Essentially not having a longer sleep period overnight, but shorter sleep period spread throughout 24 hours of the day. Leonardo Da Vinci was said to have been a follower of a polyphasic sleep schedule. More recently Thomas Edison is said to have followed this pattern.  The polyphasic sleep schedule is currently in vogue in some of the small, medium enterprise or entrepreneur literature, where people feel it gives them an advantage by requiring less sleep, leaving more time for work.
There’s not any good quality research on biphasic vs monophasic vs polyphasic sleep, but the experience of those living a biphasic lifestyle such as Mediterreans shows that it is compatible with good long-term health. There is good research on how much sleep we need per 24 hours. No matter how you divide it up across the day, following a monophasic, biphasic or polyphasic pattern, it doesn’t seem to shorten that sleep need. So, although there are no shortages of online articles claiming to be able to ‘hack’ sleep, getting more done on less sleep, by following particular patterns of sleeping. There’s no data to support any of these claims.

So what should we do?

My take is that we all have different sleep needs and the ability to sleep better at particular times throughout the day. These are largely genetically determined, with some effect from other health conditions we may have. So what works for one person may not work for another. We’re not all suited to monophasic sleep, and many societies successfully use biphasic sleep. So rather than feeling that our own sleep must fit a societal expectation, it is reasonable to trial a number of different approaches to see what works best for you. However, it’s important to ensure that the total amount of sleep per 24 hours is adequate for your needs, irrespective of when it occurs.