Many people experience trauma in their lives, and a significant proportion develop post traumatic stress disorder (PTSD). Traumatic experiences can have a significant effect on sleep, causing sleep disturbance, nightmares and a fear of going to bed. There are evidence-based treatments available that can help to reduce the impact of PTSD on sleep. To discuss PTSD, its impact on sleep, and approaches to treatment we spoke with Assoc Prof Andrea Phelps, Deputy Director of Phoenix Australia at The University of Melbourne. 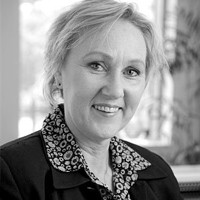 Assoc Professor Andrea Phelps is the Deputy Director of Phoenix Australia – Centre for Posttraumatic Mental Health at the University of Melbourne. She has over 20 years of clinical experience in treating posttraumatic mental health problems. Andrea has led a number of major Phoenix Australia projects including the Australian Guidelines for the Treatment of Acute Stress Disorder and Posttraumatic Stress Disorder (2007, 2013 and most recently this year).  Andrea has also led research into innovative treatments for trauma populations, including imagery rehearsal therapy for posttraumatic nightmares.

Dr Moira Junge is a health psychologist working in the sleep field, who has considerable experience working with people with sleeping difficulties in a multidisciplinary practice using a team-based approach. Moira is actively involved with the Australasian Sleep Association (ASA) and a board member of the Sleep Health Foundation. She has presented numerous workshops for psychologists and is involved with Monash University with teaching and supervision commitments. She is one of the founders and clinic directors at Yarraville Health Group which was established in 1998. In addition to her expertise in sleep disorders, her other areas of interest and expertise include smoking cessation, psychological adjustment to chronic illness, and grief and loss issues.

Dr David Cunnington is a sleep physician and director of Melbourne Sleep Disorders Centre, and co-founder and contributor to SleepHub. David trained in sleep medicine both in Australia and in the United States, at Harvard Medical School, and is certified as both an International Sleep Medicine Specialist and International Behavioural Sleep Medicine Specialist. David’s clinical practice covers all areas of sleep medicine and he is actively involved in training health professionals in sleep. David is a regular media commentator on sleep, both in traditional media and social media. David’s recent research has been in the area of non-drug, psychologically-based treatments such as cognitive behavioral therapy and mindfulness in managing insomnia, restless legs syndrome and other sleep disorders.