What’s the role of napping?

Dr Moira Junge (Health Psychologist) and Dr David Cunnington (Sleep Physician) discuss napping. What are naps? Are they a helpful strategy or are they to be avoided? What about napping for people with insomnia? 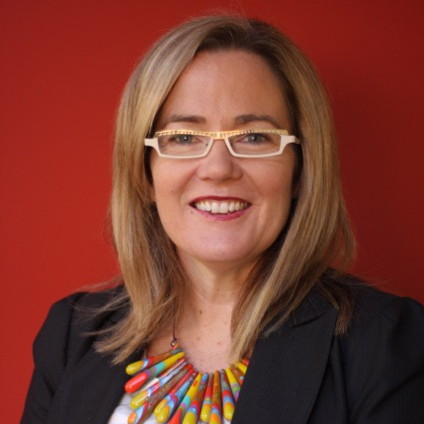 Dr Moira Junge is a registered Health Psychologist and a member of the Australian Psychological Society and holds membership within the College of Health Psychologists. She has been in the healthcare field for over twenty years and is passionate about improving wellbeing. She is one of the clinic directors at Yarraville Health Group which was established in 1998. In addition to her work at Yarraville Health Group Moira also consults at the Melbourne Sleep Disorders Centre. Her areas of expertise include management of sleep disorders, smoking cessation, management of chronic diseases, reaction and adjustment to illness issues and loss and grief issues.

Moira Junge: Well, I think naps are great. But they do have bad press. I think most people, particularly people with insomnia, they might be told not to nap. I think the definition of napping is important to talk about before we go too much further with this discussion because people – there’s a lot of misunderstanding about what a nap is. I don’t think there’s a really universal definition just what a nap really consists of.

And the TAC advertising campaign for many years ago now has always brought the word “power napping” to our vernacular. We talk about it all the time what a power nap is, power snooze. People talk about it really colloquially and I think that’s my definition is a short, quick 20-minute nap.

And that’s good because if you – the first 20 minutes of sleep should not have that deep sleep in it.

We go through to stage one and two, just the lighter parts of sleep.

Because if you wake up in a really deep sleep, people know this and they totally – they know that it’s hard to get going in it. If you’re really groggy and people often report, “I feel worse than if I didn’t have a nap at all.”

So the timing of sleep is really important in terms of the length but also not too close to their major sleep period. So I would recommend to people who say, “I’m going to nap,” to make sure that they – they’re over and done with perhaps eight hours or so, right before their major sleep period. So if someone who goes to bed at 11:00, you would want it to be over and done with by 3:00.

I mean let’s face it. Most of us don’t have the opportunity to nap. People with various – with their appointments, with children or ailments or pain and things like that. They can’t nap even though they want to.

David Cunnington: So napping can be a great strategy if we’re running short on sleep, to catch up and not feel so tired. What about for people with insomnia? Because we hear that sort of dogma. You’ve got insomnia, don’t nap. What do you reckon about that?

Moira Junge: Yeah. Well, this is a good – I’m probably being controversial saying this but I’m a great promoter of naps as I said in that definition of a short one and it’s not particularly close to the major sleep period. The literature is – I must say the literature does say mostly to – tells people with insomnia not to nap.

There’s not a lot of evidence saying that napping is good. There is emerging evidence. People are doing studies now but they’re not published yet, looking at whether people with insomnia should or could benefit from having naps.

I know anecdotally in my own practice just in my own life as well that a nap is really beneficial.

So people need to be aware. I’ve had many – probably many hundreds of clients over the years who have said to me, “I don’t nap because my doctor told me not to.”

I said, “Well, perhaps, if you get the opportunity and it’s a short one, would you consider doing that?” and they reluctantly do try and mostly they actually really benefit from it even if they don’t sleep. It’s just that lying down period, just actually having a rest, like we did when we were young children, like we do – if you’re tired, you stop and rest. It’s an intuitive thing but understand the reluctance around people advising not to sleep because if you do go into deep sleep, you have lots of big chunks of sleep. It is going to drop your sleep drive and your need for sleep at the appropriate time may be diminished. You might not get on – off to sleep until after midnight because you’ve had that big chunk of sleep. So it makes sense when people advise not to nap.

But I think we need to really review it and I’m looking forward to the new research to vindicate my love of naps.

David Cunnington: All right. Thanks very much Moira for those comments.