To get the best outcomes in managing narcolepsy, health professionals need to work as a team. It’s also important for people with narcolepsy to have the understanding and support of family and friends. Dr Moira Junge (Health Psychologist) and Dr David Cunnington (Sleep Physician) discuss working as a team in managing narcolepsy. 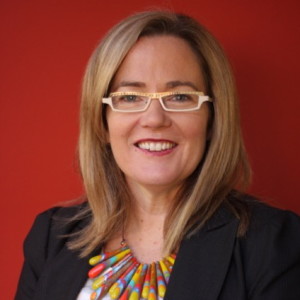 Dr Moira Junge is a registered Health Psychologist and a member of the Australian Psychological Society and holds membership within the College of Health Psychologists. She has been in the healthcare field for over twenty years and is passionate about improving wellbeing. She is one of the clinic directors at Yarraville Health Group which was established in 1998. In addition to her work at Yarraville Health Group Moira also consults at the Melbourne Sleep Disorders Centre. Her areas of expertise include management of sleep disorders, smoking cessation, management of chronic diseases, reaction and adjustment to illness issues and loss and grief issues.

David Cunnington: Moira, we manage a lot of patients together who have got narcolepsy. So what’s the role of a psychologist and what do you add to that process?

Moira Junge: Well, first of all, I really enjoy working with the people with narcolepsy that I see and thanks so much for the referrals.

Moira Junge: Keep them coming. Because actually I find that every time I see someone with narcolepsy, I learn more and more about the condition itself.

Even though over the years I have become known as an expert in sleep disorders, I feel like there was always something more to learn and everyone is quite unique and it sounds like a cliché but it’s actually true. There is always some little thing that I say, oh, that’s – I have learnt that from that particular person.

So I guess in my first week, I might want to know the general things as a psychologist I want to know about them, about their family, about their history, about what they’ve tried before, whether they – just what their struggles are. Often I might say to them like if we’re successful with our therapy, having sessions we have, what might be different at the end of it if we know –so that’s a really good way of knowing the things I really do want to work on, what the goals are.

Often it’s things like just adjusting to the illness. You will know this too and anyone listening to this with narcolepsy would know that one of the big factors is the people surrounding them, like their family, their friends, even sometimes their medical professionals and other people don’t actually know a lot about narcolepsy.

I might say I’m still learning myself. I’ve learnt more about it in the last sort of eight years than I did when I worked in other settings as a psychologist. We don’t really get taught that much about it. So often I’m trying to get them to manage. The big factor really is managing their sleepiness and managing their fatigue, adjusting to whatever roles they have, like whether it’s the parenting role, whether it’s some kind of work role.

Both combining studies like the big fears around what – can I still do the job that I’m meant to be doing? And learning how to schedule in naps pre-emptively. So learning how to manage other things like exercise, new relationships and the fear around that sometimes, sexual issues and things like that and worried about cataplexy and sleep attacks and the like.

So I think that what a psychologist can offer is all those things but also because we have a bit more time as I said before in other interviews. We have time to do this over many sessions, over many months.

And to see them through the seasons literally over time. Sometimes I don’t see – sometimes I might see someone say four or six times in a year. Then I might not see them for several years and they come back again and something else has popped up or – so in terms of the team, it’s managing – obviously you deal with the medications and I don’t touch that. But I can sometimes comment on things or at least find out if I think maybe that doesn’t sound right. I could get them to go back and see the doctor and get it reviewed. I find that the person himself is one of the really key people in a team approach, a team-based approach within narcolepsy.

Moira Junge: Yes, absolutely. So it’s nice to have that experience then under my belt just to encourage them to say, “Look, I’ve seen this in someone else and they did struggle the first year. But then it got a lot better.”

Even things like within the same person alone – amongst – comparing different people. Something that might be different for them – so they find they used to really enjoy running for instance and they can’t do that anymore. They feel like it’s just boom and – a cycle of boom and bust. So we might get them to do a bit of some walking, arranging a bit of walking every day instead. But then lo and behold, maybe a year later, they can run. So it’s not all lost. It’s not like they can never run again. It’s just sometimes this takes a lot of time to adjust.

David Cunnington: People with narcolepsy do have a higher risk of depression. We don’t really know whether that is part of the biology in narcolepsy or part of a reaction to having narcolepsy. We’re not entirely sure. But are there some things you can do to help people become more resilient I suppose to mood changes or resilient to depression?

Moira Junge: Absolutely. It’s a very big factor. I think it’s no surprise that it’s difficult to maintain good mood and manage anxiety too and manage the stress of the life in general, the new – the life they have to adapt to. Definitely encourage them to have a lot of self-care and that sort of thing like around that, taking care of fitness and just in eating and health and those sorts of things to try and build the resistance to depression or try and get themselves out of it using a lot of natural light, making sure that they’re aware of the importance or benefits of being out in the light as much as possible. Fostering good relationship amongst their loved ones, the sort of significant people in their life, trying to make sure that their relationships are as good as possible. Communication is as good as possible. They’re open. Trying to maybe even say that when they’re struggling, not to struggle alone, to try and build that need for understanding that it does take a team. We talk about team as in us, but the team within them too like with their family, their friends, with their therapist, with their doctor.

It is definitely a team approach.