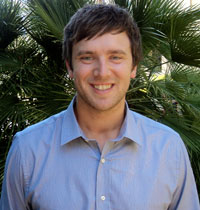 Dr Damon Ashworth is a registered Clinical Psychologist with an interest in helping clients gain a greater understanding of their sleep difficulties and up-skilling them in strategies to improve their sleep. Although most of Damon’s work involves cognitive behavioural therapy and Acceptance and Commitment Therapy (ACT), Damon also uses a range of other approaches when needed. Damon sees clients at Victorian Counselling and Psychological Services in Mill Park and Melbourne CBD locations and also consults at the Melbourne Sleep Disorders Centre.

David Cunnington: Damon, I’ve got the pleasure of working with you and we manage clients together. One of the things that you’re really expert in is that link between depression and poor sleep. So what’s the relationship?

Damon Ashworth: There’s a very strong relationship. Traditionally, insomnia has been considered a symptom of depression. So, sometimes doctors will say, “Oh, you’re not sleeping well. You must be depressed.” But this isn’t always the case. So I think it is in about two-thirds of people with depression. People do suffer from insomnia or difficulties with sleeping. But sometimes insomnia can happen by itself as well.

David Cunnington: You’ve recently done your doctoral thesis looking at insomnia in people with depression. So what was the research that you did as part of that?

Damon Ashworth: It was individuals who had been diagnosed with depression. They had been given antidepressant treatment and unfortunately, it hadn’t helped their mood or their sleep as much as they would have liked.

So what we thought is potentially it could be their sleeping difficulties that were keeping their depressed mood going because they weren’t sleeping as well as they would have liked. It was hard to have the energy, to do the things they want to do during the day and they weren’t feeling as good either. So we kept the people on the antidepressant treatment that they were taking. That didn’t change and we tried to treat their sleep through cognitive behavioural therapy for insomnia. In a four-session intervention we looked at the information around sleep, tried to look at the behaviours that they were doing to see how that was going, looked at some of their thoughts about sleep and so if they were helpful or unhelpful and tried to address those. The last session was about self-management and making sure that they have those skills going forward that they could look after the sleep themselves.

David Cunnington: So what did you find with your research?

Damon Ashworth: We found that generally the hypothesis was supported. We predicted that if people were sleeping better, that they would feel better and in general this did occur. We compared cognitive behavioural therapy intervention to sleep education intervention. The people in the sleep education were given all of the information about how to improve their sleep and the cognitive behavioural therapy intervention. They were given that information as well as the opportunity to talk one-on-one with a psychologist who had some experience in insomnia.

We found that the cognitive behavioural therapy intervention, they were significantly more improved after that four-session treatment and also the three-month follow-up than what the education-only intervention was.

David Cunnington: So based on that research, what’s your advice for clinicians working in this area and how should we use this in clinical practice?

Damon Ashworth: I think the main advice is that it is important to address sleep-related symptoms in depression.  I think if you can target depression and you ignore the sleep, then that sleep problem can persist and research does show that it persists a lot of the time. Some studies have said in 90 percent of the cases. Unless we directly target the sleep, it may not get better and if that sleep doesn’t get better, that can lead to greater risk of the depression coming back. If we can treat that, then hopefully it creates long term benefits for sleep as well as for mood.

David Cunnington: Damon, that’s really interesting and I think that’s just great research and does show the importance of managing insomnia in people with depression. So if people want to look at that as a treatment, what are their options?

Damon Ashworth: I think the main option would be to go to a general practitioner (GP), to talk about it and if they’re not aware of it, to let them know that there is cognitive behavioural therapy for insomnia.

Research has shown that this is just as effective in the short term as what sleeping pills can be and in the long term, it can have even greater ongoing effects, because sometimes if people are given sleeping pills, once they stop them, their sleep problems might return. Whereas with cognitive behavioural therapy, it’s about teaching the skills that other people can manage their symptoms better themselves going forward.

So please go to a GP. Get a referral to a psychologist. In Australia, it’s under a mental health treatment plan and that can access – will provide Medicare rebates for up to 10 sessions per calendar year.

So the intervention that we did was four sessions, which could easily be done within that framework and hopefully those improvements through that treatment can then last going forward.