Marijuana or cannabis use is common, particularly before bed time. Does it help with sleep? 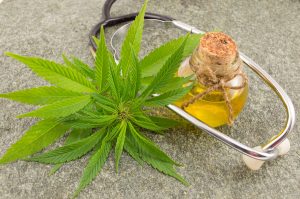 A surprising number of people I see use cannabis or marijuana, some socially and some to help wind down and help with sleep. But does marijuana really help with sleep and what are the negative effects of marijuana use? What’s the difference between marijuana obtained illegally (in Australia) and smoked, compared to medical use of cannabinoids?

The drug effects of marijuana or cannabis are due to chemicals known as cannabinoids. Cannabidiol (CBD) is one of over 100 cannabinoids identifies in cannabis, and can account for up to 40% of the plant’s extract. Whilst CBD may have a wide range of potential medical applications, it is different from tetrahydrocannabinol (THC), which is the primary cannabinoid responsible for the psychological effects of marijuana. In small doses, THC tends to act as a sedative. In moderate doses it can be more stimulating and in higher doses can cause psychotic-like symptoms.
Cannabis plants contain different proportions of THC and CBD. Plants of the Indica variety contain more THC whereas Sativa plants contain higher proportions of CBD. Because of the psycho-active properties of THC, cannabis plants grown for illicit use have been bred to contain higher levels of THC over recent years, so the ‘joint’ or ‘spliff’ smoked in the 1960s contained much lower concentrations of THC than most illicit marijuana smoked today.
In general the difference between medical use of cannabinoids and consumer use of marijuana is the ratio of CBD to THC. Most consumer marijuana has a higher proportion of THC, whereas most medical cannabinoid products have higher proportions of CBD.

How is cannabis consumed? 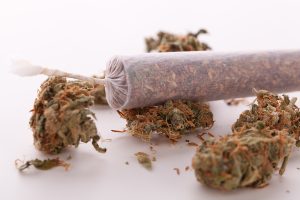 Marijuana can be consumed in a number of different ways. It is most commonly smoked, and when smoked, in addition to THC, there are particles that get inhaled in to the lungs. This occurs either when smoked or taken through a water pipe (bong). These particles can include infections such as fungi, and can cause lung problems such as bronchitis or other problems as discussed in a case report I published in Chest in 2000. Marijuana can also be eaten in foods. But, when eaten, it can take some time for effects to occur, whereas with smoking THC is absorbed rapidly.
Medical use of cannabinoids is often in the form of oils which can be incorporated in to capsules or other forms. There are also forms of medical cannabinoids that are administered as a mist.

Consumer use of marijuana for sleep

Most of the research on marijuana and sleep was done in the 1970s. In general studies show that in the short term, marijuana or THC used in low doses has a sedative effect, and can help with getting to sleep quicker and sleeping longer. THC has also been shown in the short-term to promote rapid eye movement (REM) sleep. However, in the longer term, these effects usually don’t persist, much like alcohol (see this post for more detail on alcohol and sleep). This can lead to the situation where people start using marijuana to help wind down or sleep, and find whilst it helps initially, over time find they need to take more and more and it has less of an effect.

Medical use of cannabinoids for sleep

Medical use of cannabinoids for sleep has been evaluated in a number of small studies, using cannabis extracts, THC analogues or CBD analogues. Most studies showed small positive impacts on sleep. However, the effect on sleep architecture (proportions of REM and non-REM sleep) are not clear as there were a range of different responses.

A good summary of the research on cannabis and sleep can be found in this review article, which is summarised in this poster.

What are the negative effects of cannabis use?

Like alcohol, people who use marijuana as a long-term sleep aid, run the risk of becoming increasingly reliant on it and needing to take it in increasing doses. This is a common problem I see in the clinic, where people start using marijuana to help with sleep as young adults, but end up taking increasing amounts over time, and having some of the negative effects of marijuana impact on their health and life. Negative effects from marijuana include:
Although research has shown that people smoking marijuana have an increased rate of sleep problems such as insomnia, and recent research from Melbourne shows that alcohol and cannabis users report problems with sleep quality, it’s not clear from these studies whether marijuana caused the problems or is being used by people who already had sleep problems as a sleep aid.
There is not good long-term data as yet comparing the long term consequences of marijuana smoking (high proportion of THC) with medical cannabinoid use (low proportion of THC).

A number of states have begun trials of medicinal cannabis. In Victoria, the Medicinal Cannabis act was passed in April 2016, allowing access to medicinal cannabis to defined groups of patients. The first condition to be treated will be severe intractable childhood epilepsy, but other conditions such as MS and pain will be assessed by an overseeing medical advisory committee.